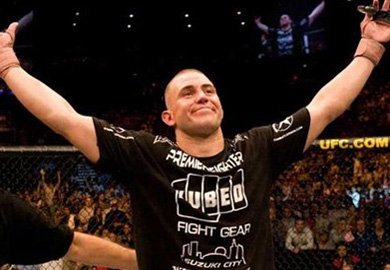 With all the recent confusion as to who will face Jon Jones for his Light Heavyweight title, several fighters have been left with different opponents in the wake of one of the most baffling stories in recent memory.

One person left out in the cold during all this is middleweight fighter, Alan Belcher, who went from having a fight scheduled with Vitor Belfort at UFC 153 on September 22nd, to having no opponent as Belfort was given a title shot against Jon Jones.

As Belcher stated earlier today on Twitter, however, this shift is a blessing in disguise as Belcher has sustained a serious injury, a spinal fracture. Now Belcher doesn’t have to be the one to cancel on his opponent but instead fly under the radar and have a (hopefully) peaceful recovery before returning to his title run in the middleweight division.

Everyone’s asking if I am mad at @Ufc @jonnybones @vitorbelfort answer is no. this is a blessing in disguise. I have a spinal fracture.

Thoughts go out to Belcher for a safe and speedy recovery.

For all the latest MMA news, stay tuned to BJPENN.com