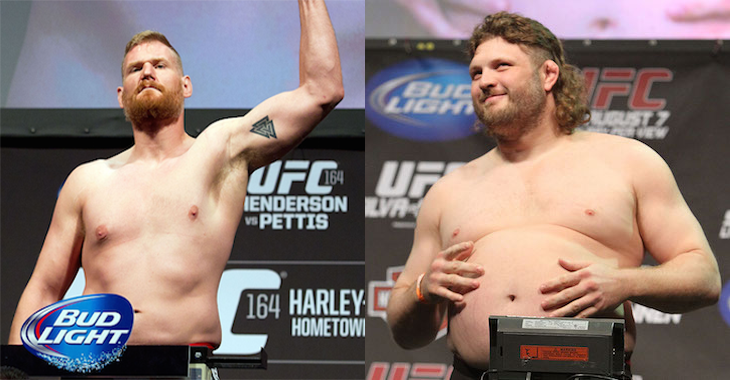 The Ultimate Fighting Championship will be returning to Japan in September with an event headlined by heavyweights Josh Barnett and Roy Nelson! Their bout will be the finale of a brand new UFC reality show where the heavyweights will be rivaling coaches.

Ken Berger, General Manager of UFC Asia, announced that Barnett and Nelson will serve as coaches for an upcoming reality series, “Road to UFC: Japan”. The new show will follow eight Japanese UFC hopefuls who will compete to earn a UFC contract, similar to the older “Ultimate Fighter” format.

“We are very happy to be bringing our live event to the Saitama Super Arena once again this year,” Berger mentioned. “There is a rich and diverse MMA talent in Japan, and we’re positive that through ‘Road to UFC: Japan,’ we will uncover more UFC prospects.”

The mixed martial arts scene in Japan has tapered off with the disappearance of DREAM and PRIDE. The Saitama Super Arena has played host to many historical moments in MMA history, including several of Fedor Emelianenko’s PRIDE Heavyweight Title defenses.

Will we witness another memorable moment when Nelson and Barnett step into the cage with each other in September? Share your thoughts in the comment section below!