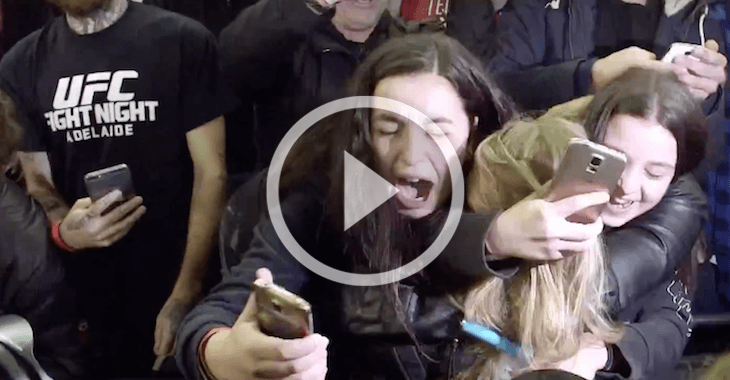 UFC bantamweight champion Ronda Rousey was in Melbourne, Australia to promote UFC 193, an event the UFC is hoping will beat their all time attendance record come Nov. 14.

Just in case you didn’t know yet, Rousey is a global superstar and wherever she goes now there is sure to be mass hysteria.

Case in point, these Australian fans who completely lost it when Rousey showed up and took pictures with them.

Especially the one young fan who starts balling when Rousey comes over and gives her a hug. Do you think the UFC will put on its biggest event ever at UFC 193 and break their record?

Rousey will take on undefeated Holly Holm in the main event, while strawweight champion Joanna Jedrzejczyk will defend her belt against Valerie Letourneau in the co-main.