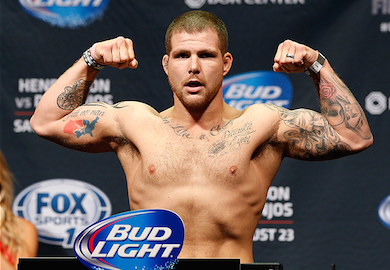 Chris Heatherly is set to welcome UFC newcomer, Augusto Montano, to the Octagon on November 15th in Mexico at UFC 180.

Montano is a highly touted prospect who boasts a 13-1 record, that has seen him finish all 13 of his wins. With 8 knockouts, and 5 submissions to his name, Montano will look to continue his winning ways in the UFC.

His opponent, Chris Heatherly recently lost to Ben Saunders via submission (Omoplata) earlier this summer. Prior to that he was on a 3-fight win streak that took him from the RFA to the UFC.

The lineup for UFC 180 is currently as follows: