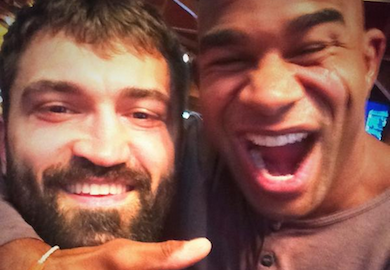 UFC heavyweight Alistair Overeem has found himself under the microscope, as of late, for hurting his training partners.

Something Andrei Arlovski said he’s personally been a victim of.

The two UFC heavyweights seemed to be at odds after a training session ended in a hurt Andrei, but things have changed.