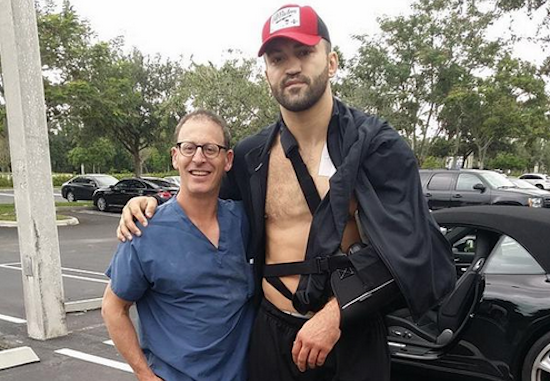 Former UFC heavyweight champion, Andrei “The Pitbull” Arlovski is going to be sitting on the sidelines for the better part of two-months following shoulder surgery.

Arlovski went under the knife to repair his left shoulder last week.

The former Champ sent out the following:

With Dr Gelb after surgery. And surgery went great, @ least what he sad :))) pic.twitter.com/X1mrI2xuvK