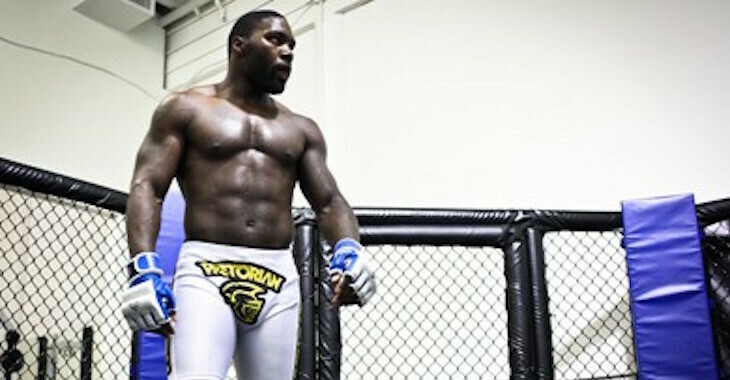 UFC light-heavyweight Anthony Johnson is still fighting for the title, just not against the man many considered to be the p4p best in the world.

Instead, because of Jones’ antics, Johnson will fight Daniel Cormier for the right to called champion. On The MMA Hour, Johnson talked about his new opponent and about all the people saying he won’t be the “real” champion even if he beats Cormier.

Well, Johnson has something to say to those naysayers.

“I’ll feel like I’m the champ if I beat [Cormier]. I worked my ass off to get where I am. It’s not my fault — it’s not anybody’s fault — with what happened to Jon. Jon did that to himself, everybody knows that. But life goes on, and you’ve got to keep it moving. When he comes back, if I still have the title, and it’s my time to fight him I’ll fight him. But one day, I know we’ll eventually fight.”