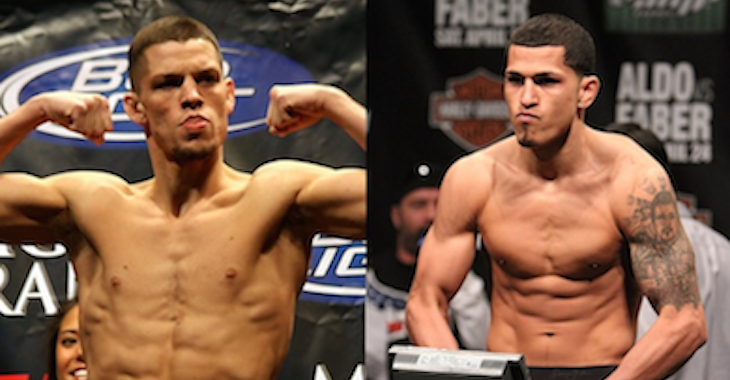 The former UFC lightweight champion still has to recover from his fractured orbital bone suffered against Rafael dos Anjos, but Anthony Pettis already knows of a fight he would love to take.

“I haven’t thought about who I want to fight next. I can’t even say when I can fight next. But I would love to fight Nate Diaz. That’s a fight I’ve been waiting for, for a long time. If that’s next, I’m for sure down with that. I just gotta figure out when I’m able to fight again or when I can start even looking at dates to fight again.”

With all the talk between these guys who wouldn’t love to see that fight? Sound off in the comments!