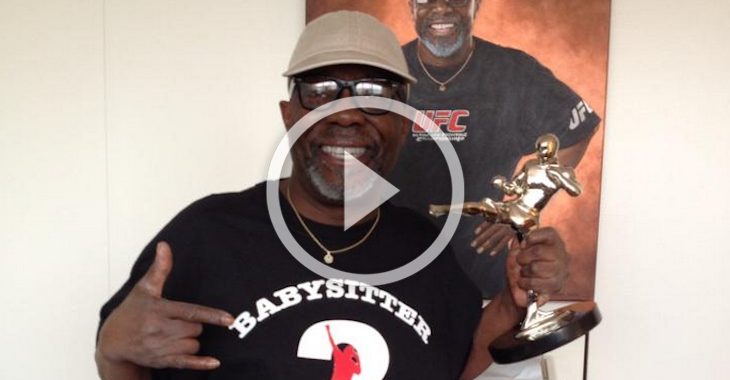 Ever since his decision to leave the UFC, ‘babysitter to the stars’ Burt Watson has received praise from an overwhelming number of fighters, thanking him and acknowledging his importance to the fighters experience.

On Tuesdays episode of Stud Show Radio, co-host and former UFC fighter Justin Buchholz talked about his experience with Watson and gave high praise to a man he descried as “the coolest guy.”

“He’s like the nicest guy ever man. Yeah he’s awesome. One time I was coming back from the first time Chad [Mendes] fought [Jose] Aldo, I was going through airport security and I used to like always opt out all the time and I opted out and they were like patting me down–so they’re patting me down and Burt comes over and he’s like ‘What’s going on baby, everything ok baby?’ and they’re like yeah he just opted out and he was like ‘Alright, cause that’s my son.’ He’s just a good dude man, always the coolest guy and made the experience enjoyable. Always took care of all fighters. He’d always say, ‘If you’ve got it here [pointing to his heart], then I want it right here [pointing to his head]’. Like if you had anything on your mind at all then you told him and he would take care of it.”