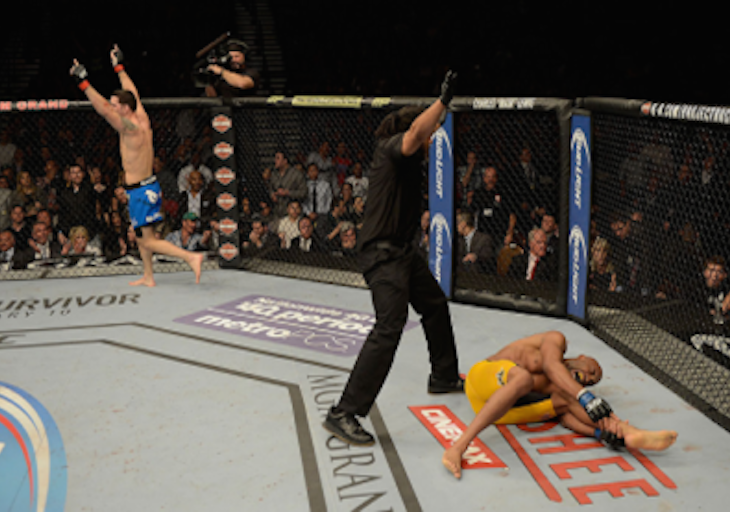 As Anderson Silva prepares to return to the Octagon to face Nick Diaz at UFC 183 on January 31st, he appeared at an NSAC hearing earlier today to get licensing to fight.

The NSAC requires all fighters over 35 to speak at the hearing in order to get licensed, and as Silva is 39, he appeared by phone to discuss his injury, and even why he stopped taking pain pills.

“I thought that I was getting used to the pain but I wasn’t. I hope to not experience that anymore. I don’t wish that for anyone. It was terrible. I’m fine now but there were months of much pain. There were a lot of strong antibiotics that I had to take to end the pain. I started to take and the pain disappeared. When I wasn’t feeling pain, I wanted already to take the pills, that was the point that I stop taking them. I wasn’t addicted but I was feeling myself depressed, the medicine was letting me sleepy. I decided to stop, to avoid getting addicted. I started to fill my bathtub of ice. The pain came and I got into the ice. Pain? Ice! Then I got better.”

Silva believes that his career isn’t over yet, and is ready for a trilogy match against Chris Weidman if he defeats Diaz.

“Only the time will tell about this. If I get credentials again to fight for the belt and I have to face Weidman one more time, I’ll face him with no problem. I think that I still have some time to do what I love. The competition drives us.”