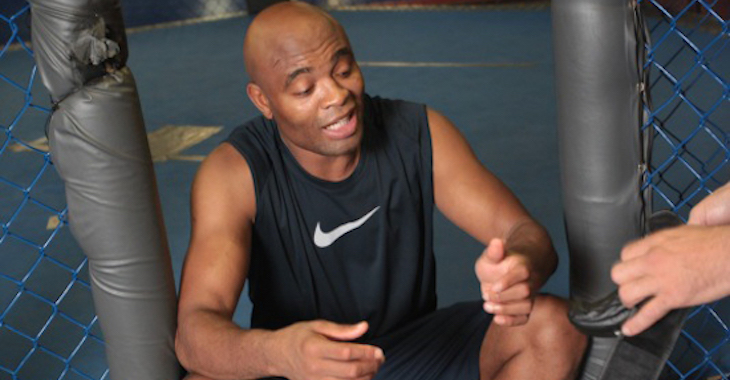 UFC featherweight champion Jose Aldo has been travelling around the world in order to promote his July title fight with “The Notorious” Conor McGregor.

The Brazilian standout and brash Irishman have been at each other’s throats for most of the World Tour and will finally get to settle their beef at the UFC 189 pay-per-view event this July 11 in Sin City.

Former UFC middleweight champion and mixed martial arts legend Anderson Silva recently spoke about the importance of having a “Bad Guy” in the fight game, while noting that those characters have to be careful to not ‘cross the line’, his words:

So far, Conor McGregor has not taken the “Bad Guy” role to the same extent of Sonnen, who insulted Silva’s family and the country of Brazil on multiple occasions.

“Sonnen crossed the line a little bit, disrespected our country and disrespected me, which isn’t cool for our sport,” Silva said. “We have women and kids, older people watching this sport. It’s important to know how far we can go with promotion.