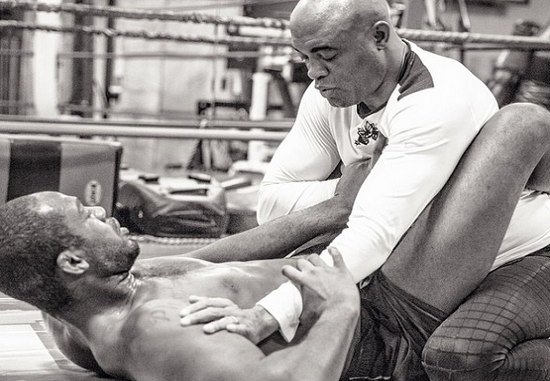 “No way. I think that’s already in the past, it’s part of the past. He will be fighting again pretty soon. The important is that he learned the lesson. Everybody makes mistakes, we have to stop criticizing him and start to support him so he can come back and become a better person than he already is. This doesn’t match with who he is, a great person with millions of fans, just like me.”

“He will overcome that and come back. He’s too young, has too much to learn. It happens, so he can understand how important he is in this sport. It’s going to be good for him to see the responsibility of being an athlete.

“We have a good relationship, I have him as a young brother. Our relationship is great, I’m a fan and a close friend. I believe he will be the best of all time.”

During a recent chat to promote next week’s UFC 183 event, Anderson Silva talked about Jon Jones and the road ahead for the UFC’s light-heavyweight champion.