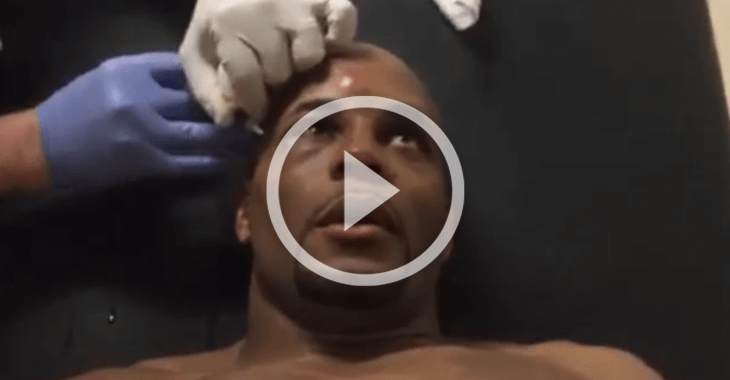 Daniel Cormier stepped into the octagon on fight night at “UFC 192” ready to dominate Alexander Gustafsson with his superior grappling skills. The champion was forced to stray away from his gameplan, however, as “The Mauler’ truly brought the fight to Texas!

Cormier and Gustafsson left it all in the octagon which left both main-eventers battered, bloodied and bruised. Even when you’re the champion, you’ll still have friends and training partners that treat you like you’re just another person! Luke Rockhold was backstage with Daniel Cormier as he was getting stitched up and made fun of him! Check it out in the video above!

Of course, Robbie Lawler’s fight with Rory MacDonald is the best championship fight of the year. Does this rank close to it, though? Above it? Share your thoughts in the comment section below!