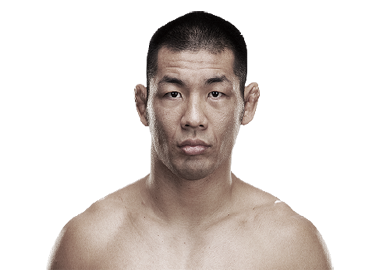 UFC bantamweight Alex Caceres (9-5 before test, 8-5, 1 No Contest, now) has failed his post-fight drug test after UFC on Fuel TV 8.

UFC on FUEL TV took place on March 2nd at the Saitama Super Arena in Japan. Caceres fought on the preliminary card against Kyung Ho Kang where he won a split decision, his second one in a row and his third straight victory. Barring this recent failed drug test and a split decision loss to Edwin Figueroa after being deducted two points for kicks to the groin, Caceres would be riding a five-fight win streak.

Caceres failed for marijuana metabolites and his last win will be changed to a No Contest.

This marks the second fighter to fail his drug test from the March 2nd FUEL TV card alone.

Fukuda has been streaky since his arrival in the UFC and lost to Brad Tavares on the same card that Caceres fought on. This marks Fukuda’s third loss in five fights.

Fukuda has been cut by the UFC as well but not necessarily for the failed drug test even if it seems to validate their decision.