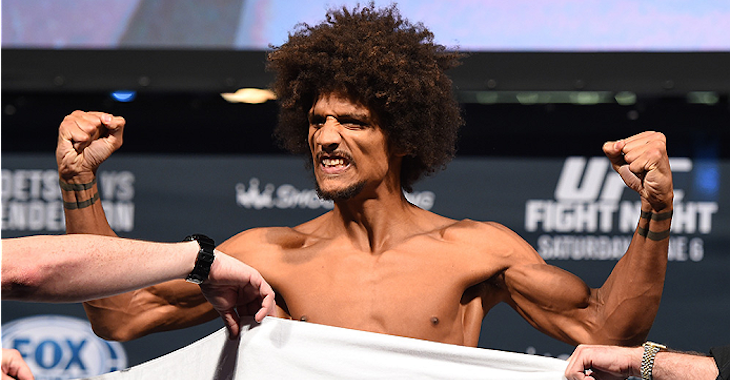 UFC fighter Alex ‘Bruce Leroy’ Caceres has decided to move back up to the featherweight division (145 lbs.)

The news was reported on ‘UFC Tonight’. Leroy fought at lightweight during his stint on the 12th season of ‘The Ultimate Fighter’.

After the show he moved down to featherweight, where he fought three times before then moving down to bantamweight (135).

Leroy fought ten times at bantamweight and will now go back up after a three-fight losing streak.

Do you think Caceres will find new life in his old division?