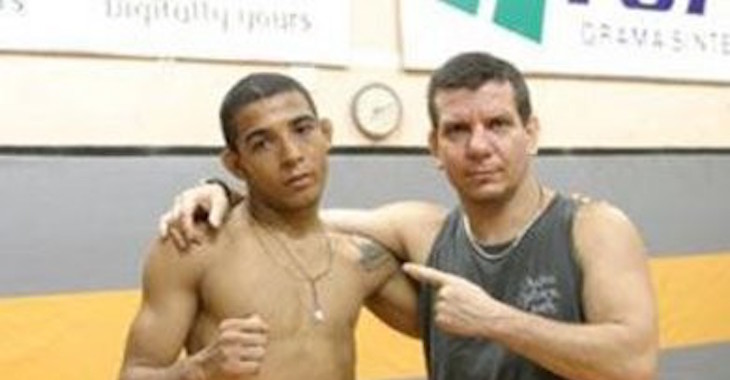 Well this is an interesting twist in the UFC/Reebok saga.

Last week UFC featherweight champion Jose Aldo came out and blasted the new deal and called for a fighters union in order to fight it and get rid of it.

Now, Andre Pederneiras, Aldo’s coach and owner of Nova Uniao is coming forward with his own comments, only they aren’t what you would expect.

Pederneiras told Portal do Vale Tudo that he agrees with the deal and says if anyone doesn’t like it, then they should just leave. Check it out below:

“The UFC is a private company. It’s like my gym, it’s mine and no one should say anything about it. If I come up with a rule that must be followed by everybody, whoever is unhappy should say ‘I don’t like to work under those conditions and I’m leaving’. Cool, that’s their right. But if they want to work for me, they need to accept the rule. Unfortunately, not all rules will benefit everybody. They must understand the UFC makes rules for the well-being of the company. If the UFC goes bankrupt tomorrow, not a single fighter will hand Dana White and the Fertittas money from their pockets to pay their bills. Here’s what I think, if you’re there, you must subject yourself to the rules. Whoever doesn’t want to, should leave.”

“Now, fighters wanting to get together and start a rebellion against the UFC, I don’t think that’s the way to go. Everyone who owns a company will agree with me. Sometimes employees don’t understand, but an owner must know what’s best for his business, which is what the UFC is doing and it’s something I have done many times.”

Wonder what Aldo thinks of this?