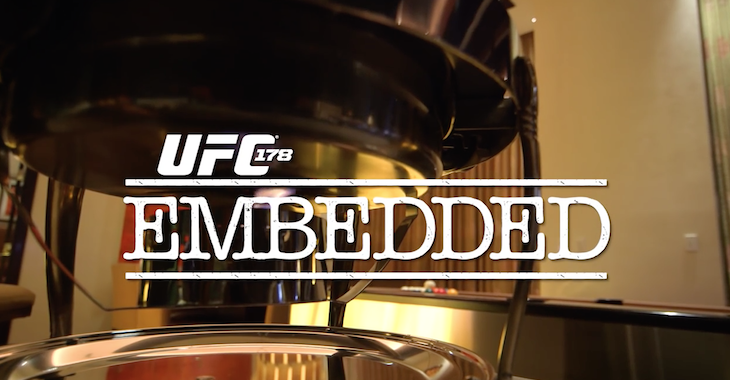 Haven’t had enough Conor McGregor and Jose Aldo? No worries, according to UFC president Dana White we will be getting a whole lot more.

The boss took to Twitter to answer a fans question about the UFC Primetime series and instead dropped a little piece of information about UFC 189.

@PBZMusic it won't happen for that fight but there will be 10 EPS of Embedded.

In the tweet White revealed that leading up to UFC 189 we will get 10 episodes of the vlog series, UFC Embedded. Sound good to you?