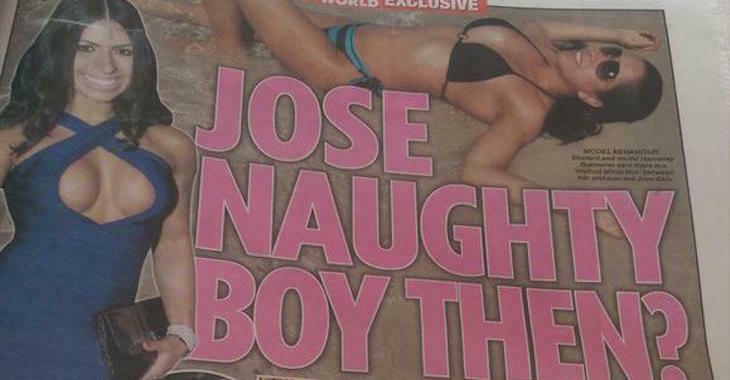 During his stay in Dublin, Ireland for the UFC 189 World Tour, UFC featherweight champion Jose Aldo had a little fun. Perhaps a little too much fun because it was reported that he actually missed his flight back.

Now, because of an Irish tabloid paper, we might know exactly what Aldo was doing that kept him up so late.

Accoring to the Sunday Morning paper in Ireland, Aldo was out late with a Brazilian model that he picked up while at the media scrum. According to the piece, Aldo’s pickup line was “Are you married?”

Here’s a photo of the cover (above), from Taz Styles on the Underground forum.

Also, check out these photos from the model herself, Heloany Guimaraes via Instagram.