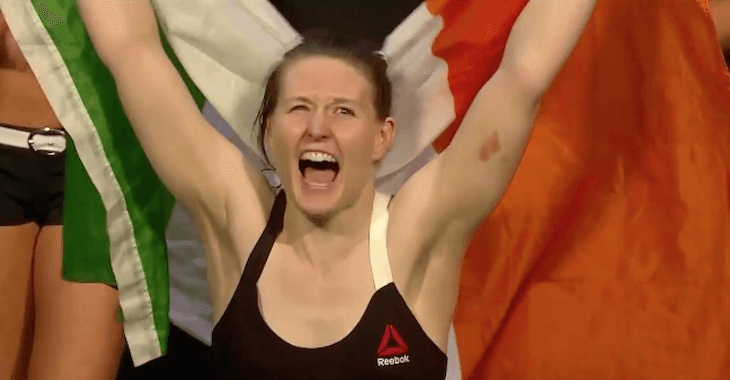 Earlier this month the UFC headed to Ireland for the second ever ‘UFC Fight Night: Dublin’. The event was held at the 3Arena and drew in a rowdy Irish crowd that lead to UFC President Dana White stating that Ireland has the best fight fans.

SBG Ireland fighter Aisling Daly fought in front of her hometown crowd for the first time, and defeated Ericka Almeida via decision. The win was an emotional one for Daly, and she reflected on it during her recent appearance on The MMA Hour.

“It was just crazy. To be singing along to your own entrance music and to have 10,000 people singing the words back at you, to feel every single person in the room willing you on to win, I can’t even describe it.

“Unless there’s a title fight happening in Dublin again, I don’t think I’ll ever get that experience again. I think it’s going to be one of those things where I’m going to be sitting with my grandchildren, gathering them all around and telling them about the time I fought in Dublin.”

“I still can’t get my head around it now. It almost feels like somebody else that made that walk on Saturday night rather than me. I feel a little bit like it was an out-of-body experience. It was absolutely amazing.”