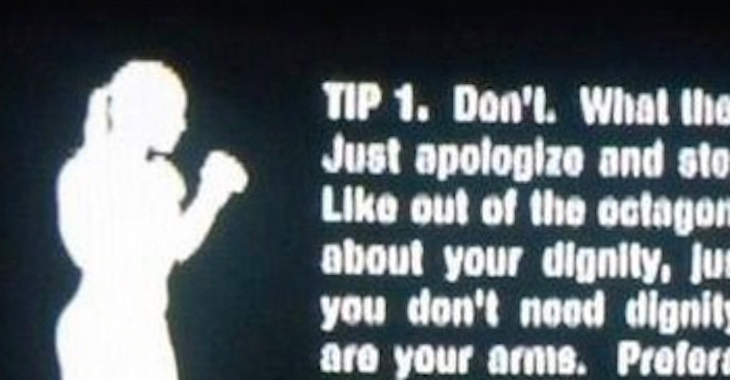 Ronda Rousey’s thirty-four second knockout victory over Bethe Correia at UFC 190 has taken mainstream media by storm! No longer are her highlights limited to sports shows; Rousey has been featured on channels from CNBC to Adult Swim!

Cartoon Network’s “Adult Swim” portion of their programming run brief clips before and after commercials to keep viewers entertained. One of these shorts featured advice on how to fight Ronda Rousey, and we can’t say we disagree with the advice!