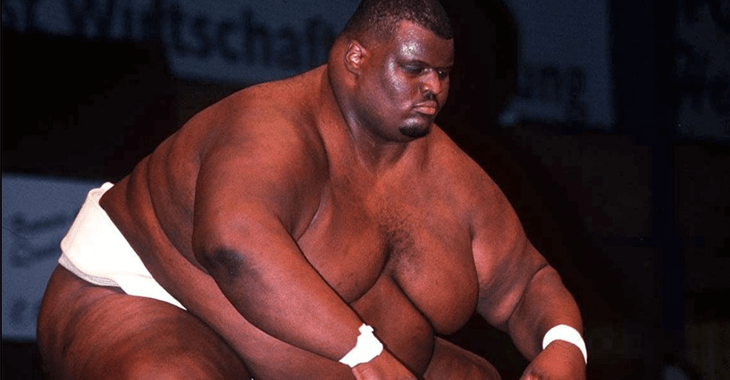 On September 9, 1994, Emanuel Yarbrough stepped his way into the Octagon and would be immediately engrained into UFC history. The sumo wrestler who weighed in at 616 pounds for his fight at UFC 3 passed away at age 51 on Dec. 12. “The Gentle Giant” would be the largest fighter to ever grace the Octagon and will forever be a part of UFC history.

The UFC released a statement regarding Yarbrough wished to send condolences to the family and friends of the fallen UFC veteran who was at one point the world’s largest living athlete acknowledged by the Guinness Book of World Records.

“Emanuel’s passion was to travel,” Yarbrough’s longtime manager, Beatrice H. Davis, wrote in a statement. “Even though it was not an easy task for him, it never stopped him from following his dreams, and bringing smiles to the faces of all he would meet. He was to be the subject of a new reality show, and would have continued to bring smiles to all those who had the opportunity to be blessed by his infectious, compassionate, loving presence. He will be missed by his millions of fans around the world, friends and family.”

Struggling throughout his life with obesity, Yarbrough often claimed “I am a prisoner in my body,” but it didn’t stop him from trying to lead others in a different direction.

“Emanuel constantly demonstrated the need to help the obese, particularly children,” Davis wrote. “And he traveled the world and to bring awareness to obesity.”