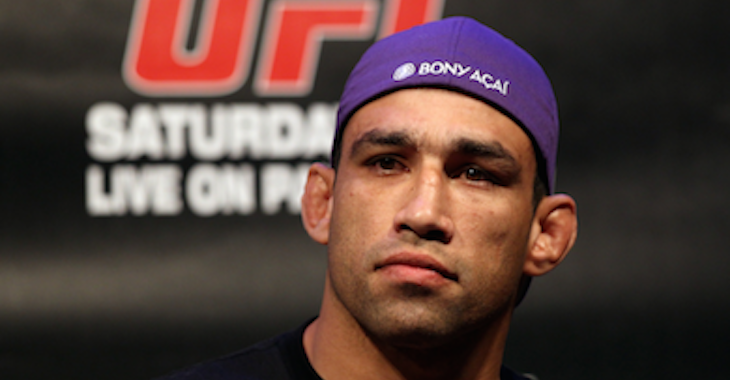 In February 2015, it was announced that Cain Velasquez and Fabricio Werdum would be meeting at UFC 188 to unify their heavyweight championships in Mexico City, Mexico. While the fight was announced three months from the fight date, Werdum admits he has been preparing for this fight for almost two years.

“I prepared for this for about two years, not two or three months before,” said Werdum during the UFC 188 post-fight press conference. “I believed in myself. I visualized this moment. I got a guillotine. I trained for that moment. I knew Cain was going to go for a single or double leg so I was ready for that moment.”

The two were originally set to headline UFC 180, but Velasquez pulled out of the fight due to a knee injury. Mark Hunt stepped in for the injured Velasquez and was defeated by Fabricio Werdum who was crowned the Interim Heavyweight Champion.

Werdum completed his destiny on Saturday night when he defeated Velasquez at UFC 188 in dominant fashion. Velasquez’s biggest weakness was what would usually be his key to victory: conditioning.

While Werdum had moved his camp to Mexico to get acclimated to the altitude, Velasquez had only given himself two weeks to adapt. As a result of this, Velasquez was fatigued after just one round which allowed Werdum to take control of the fight in the second round before submitting the former champion in the third.

“I was so prepared with my mind and my body, I felt the blow, but I didn’t get dizzy,” he said. “I felt very good to beat the best in the world. People said my belt wasn’t real, that it was fake.”

Should Stipe Miocic fight for the championship, or should Cain Velasquez get an immediate rematch? Share your thoughts in the comment section below!