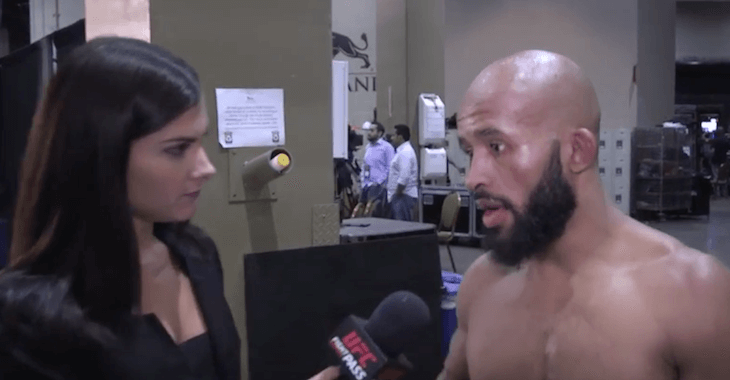 One of UFC’s greatest champions continued his reign over the flyweight division on Saturday night when Demetrious Johnson once again defeated John Dodson.

The fight went all five rounds, again, and the champ showed his dominance, keeping the pressure on Dodson and shutting down all of his attacks.

Check out the backstage interview: