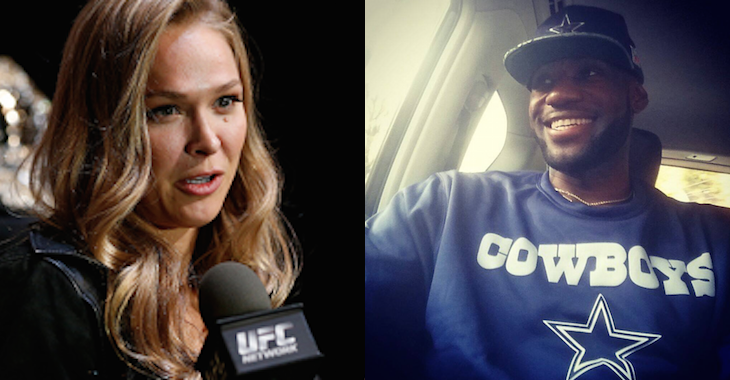 UFC champion Ronda Rousey is a star in MMA and now out of the sport as well.

She’s in movies and has won several awards that span across several sports. Most recently at the ESPYs she picked up two awards, for best fighter and best female athlete.

While there it turns out another sport superstar was actually intimidated to go up and introduce himself to the bantamweight champion.

NBA star LeBron James answered fans questions on Twitter and said he was too afraid to say hi to Rousey at the awards show.

@DatDudeDHoov As long as she wanted me to last. I wanted to introduce myself to her at the ESPYs but didn't want her to kick my butt.