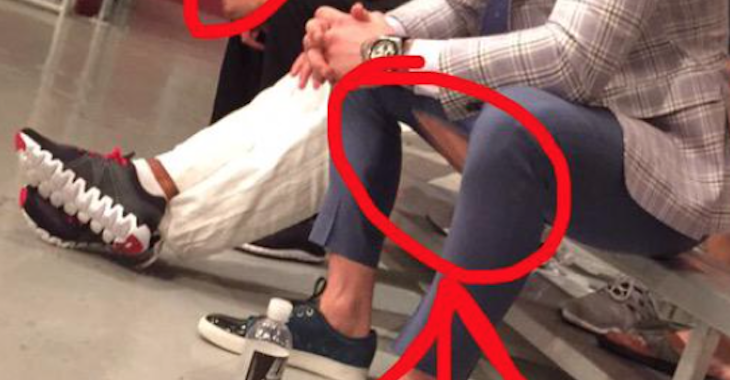 From the looks of this photo, it seems as though UFC interim featherweight champion Conor McGregor might have had a pretty major wardrobe malfunction while on the set of The Ultimate Fighter.

The photo, snapped by Team Alpha Male fighter and WSOF featherweight champ Lance Palmer, shows McGregor sitting down, possibly watching a fight, and it looks as though he has a massive rip in his pants.

Thanks to the magic of Snap Chat, Palmer was able to point viewers in the right direction, with a massive red arrow.

However, also because it’s on Snap Chat, we don’t know it this is actually real. Maybe Palmer just drew the tear.