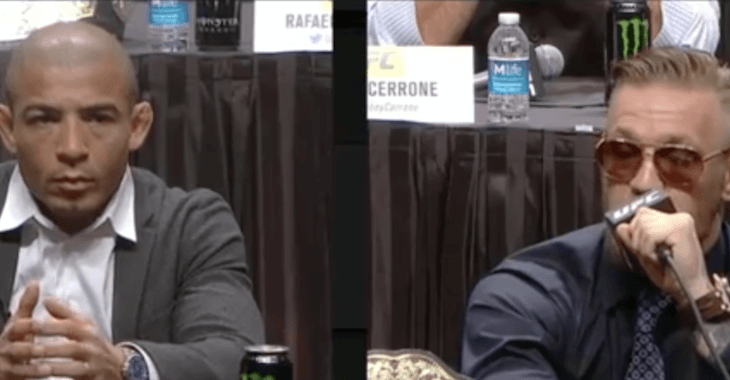 Today at the UFC ‘GO BIG’ press conference we saw a lot of UFC interim champion Conor McGregor. Yes, there were a ton of other UFC champions and super stars there, but as usual, there was little time for the to speak up because of McGregor’s constant banter.

It was basically another episode of the Conor McGregor show, brought to you by the UFC.

Every question, even those not directed at him, went through McGregor and he gave is thoughts on everything and anything.

Anytime a fighter tried to speak he would chime in and offer some cheeky remark.

Check out the highlights of the event!