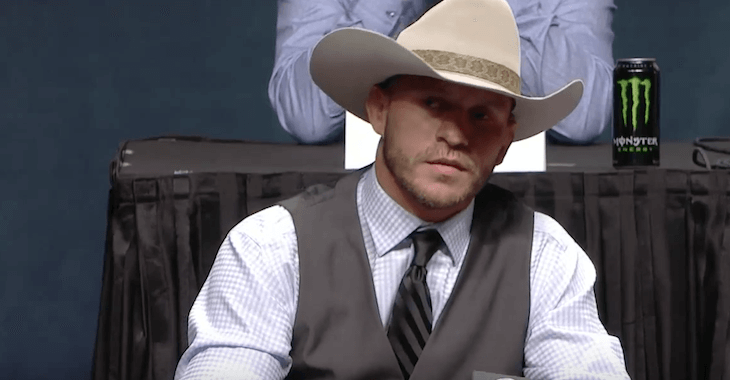 So by now you’ve probably heard all about the UFC’s ‘GO BIG’ press conference on Friday, where Conor McGregor took over and went wild on every other fighter there.

Earlier in the week McGregor said in an interview that he plans on moving up to lightweight and mentioned Donald Cerrone’s name. Well, ‘Cowboy’ took to social media and warned the featherweight to stay where he was at and to worry about Jose Aldo.

Then, the two of them continued the discussion at the press conference.

McGregor chimed in several times even when he wasn’t asked the question, just to remind everyone that he’s the money fight and everyone there wants to fight him.

Him and Cerrone got into it a few times and at one point the lightweight said if Conor comes up to 155 then they will, ‘bend his a** over and knock the Lucky Charms out him.’