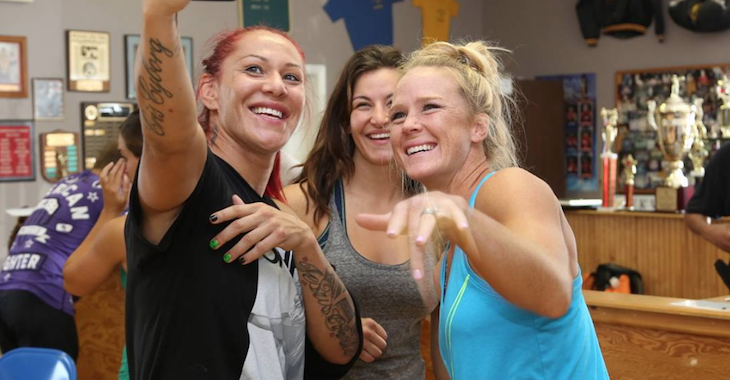 They’re shooting in Philadelphia and have been extremely busy on Instagram sharing all kinds of set photos and behind the scene stuff.

Holm is now scheduled to take on Ronda Rousey at UFC 195, a fight that was expected to go to Tate. Then Cyborg of course is Ronda’s arch nemesis, even though they have never fought. So, it feels like this situation would be very awkward, but from the look of things, everyone’s getting along just fine.