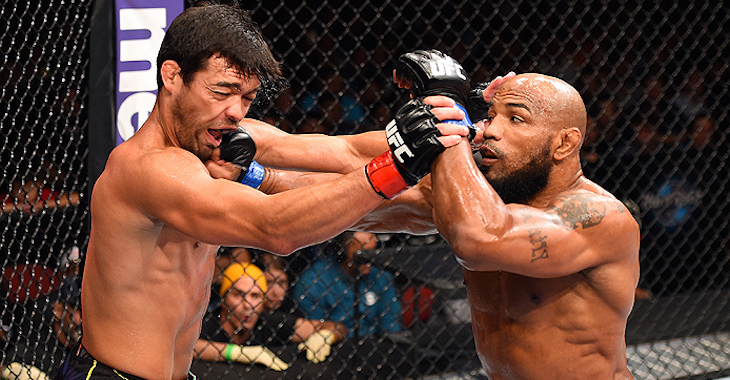 “To be honest, I think I wanna take some while to recover my body, because I had three fights in 7 months. So I think at the moment I have to take some rest and to think.”

“Yes, I think I have many chance, a big chance in this class because I feel like I’m fast, I feel like, strong for the division. I don’t want to move up to light-heavyweight again.”

Former UFC light heavyweight champion Lyoto Machida is coming off of a tough loss to Yoel Romero and told Inside MMA that needs thinks some time off to recover his body, than he would like to make another run at the middleweight title.

Machida has lost two straight, to Luke Rochold and then Romero. Still, the former 205 champ still believes he can make a dent in the division.

Do you want to see the Dragon fight again?