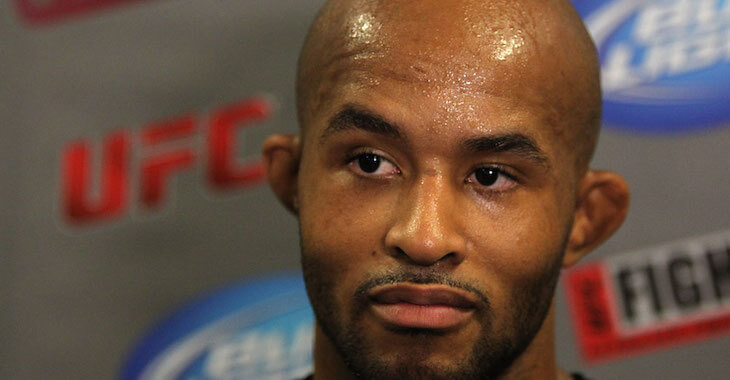 Everyone has an opinion on the potential super fight between UFC bantamweight champion Ronda Rousey and Invicta FC featherweight champion Cristiane Cyborg, even if they say they don’t, they do.

So, when UFC flyweight champion Demetrious Johnson was asked about the fight at a recent media event, to promote this weekend’s UFC 191, DJ said that he thinks it’s garbage.

Johnson doesn’t want to see a fight between the two if it’s at 135 pounds, because he thinks it would deplete Cyborg too much and we wouldn’t even get to see the real potential of the 145 fighter.

“When people get pumped up at the fight, i can’t get pumped up. Because it’s not going to be the same Cris Cyborg at 145 that’s going to be all drained, especially without an IV, to me, that’s garbage.”

Do you think making the weight would mess Cyborg up too much to really see the best of her against Rousey? I mean there’s a point there. Then if they fight and she looks weak and gets dominated, everyone will say it was because of the weight cut, sparking yet another debate. Thoughts?
The Best Training Room You’ll Probably Ever See — D.C., Rockhold, Khabib, Velasquez All Training For UFC Greatness
[ooyala code=”J5c3UxdzpDWlYbuxxRyJVVXCUwnYxE3R” player_id=”bd214e34cfad476984102de4bf5e8da2″ width=”1280″ height=”720″ auto=”true”]