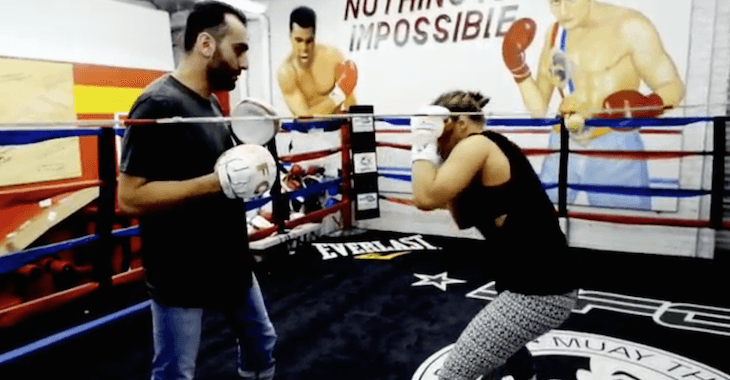 UFC bantamweight champion Ronda Rousey is back in the gym and training for her next title defense, against the undefeated Holly Holm at UFC 193, in Melbourne, Australia.

Rousey is coming off of another quick victory, knocking Bethe Correia out in 34 seconds during their scrap in Brazil.

Rousey is the talk of the town these days, popping up everywhere imaginable. She’s in commercials, movies, she’s writing books, appearing on talk shows and podcasts and even making it into CNN articles about Donald Trump.

You really can’t turn on your TV without spotting the champ or hearing about her, especially now with those new Carl’s Jr. commercials.

Now it looks like she’s back in the gym and working hard to make sure the stardom just keeps growing with another dominating victory.

Think she gets it done?