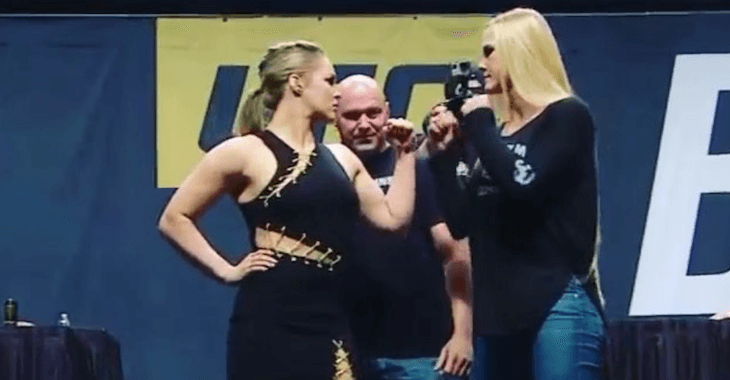 UFC bantamweight champion Ronda Rousey and Holly Holm were both in attendance at yesterday’s UFC ‘GO BIG’ press conference and at the end of it stood and stared each other down for the first time. The two are both undefeated and will battle it out for Rousey’s title on Nov. 14 at UFC 193, which will take place in Melbourne, Australia. The UFC is attempting to break the all time attendance record with this card, which also features the strawweight title on the line between champion Joanna Jedrzejczyk and Valerie Letourneau. Check it out!