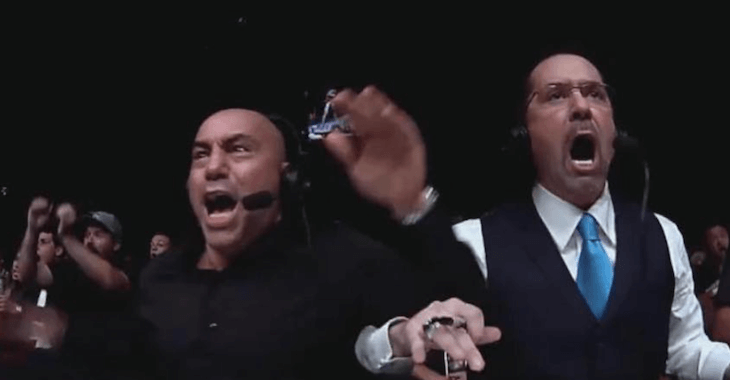 I think we can all agree that Andrei Arlovski vs. Travis Browne was one of the craziest fights in recent memory.

When the two UFC heavyweights went at it in the octagon everyone went nuts because of the crazy back and forth action. Arlovski came out on fire, rocking Browne early and keeping the pressure on him, it looked like Arlovski had it in the bag, then he got dropped.

Browne caught him with a wild punch that sent him to the mat. He tried to follow up but Arlovski got to his feet quick and started firing back with more big shots.

Eventually it was Browne who went out on his feet and the referee stepped in to put a stop to the madness.

Thanks to Joe Rogan’s Instagram we know how himself and Mike Goldberg were reacting during the fight.

Arlovski will meet Frank Mir at UFC 191 which takes place this Saturday in Las Vegas.