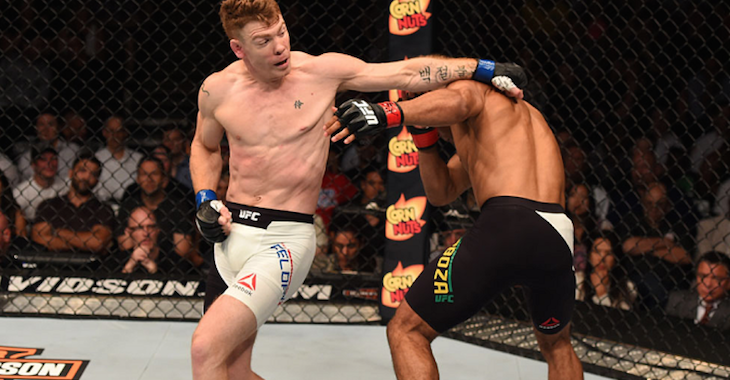 Edson Barboza and Paul Felder each pocketed $50K for their FOTN technical war which resulted in a unanimous decision victory for the Brazilian.

In addition, T.J. Dillashaw and Tom Lawlor each earned performance of the night bonuses of $50K for their respective efforts.

Dillashaw defended his UFC bantamweight title by defeating Renan Barao via TKO in the fourth-round of their main event fight.

Meanwhile, Tom Lawlor received his bonus for knocking out Gian Villante in the second round of their preliminary card bout.

Stay tuned to BJPENN.com for all your MMA News.