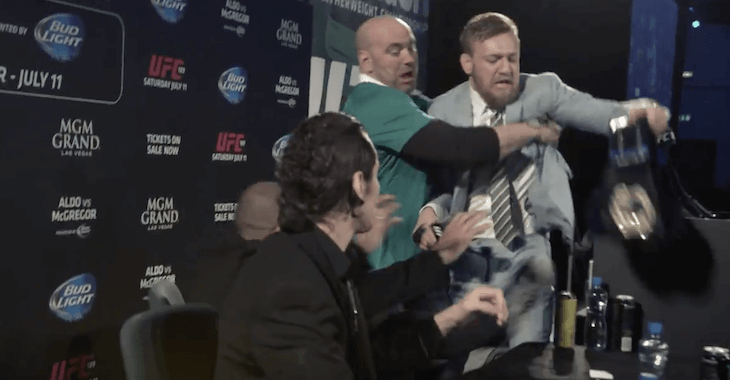 UFC 189 didn’t go as planned, but now we’ll get another chance at seeing Jose Aldo take on Conor McGregor at UFC 194, which will go down on Dec. 12 in Las Vegas.

Also on the card will be a highly anticipated fight between middleweight champion Chris Weidman and challenger Luke Rockhold. And that’s truly not all, this card is stacked full of exciting fights, so hopefully the injury bug doesn’t ruin everything again.

Check out the first promo released for the fights!

‘The epic featherweight battle that fight fans have been waiting for, Aldo vs McGregor, will headline UFC 194. Plus, undefeated middleweight champion Chris Weidman puts his title on the line against #1 contender Luke Rockhold. Don’t miss fight history in the making and get your tickets on September 11th.’