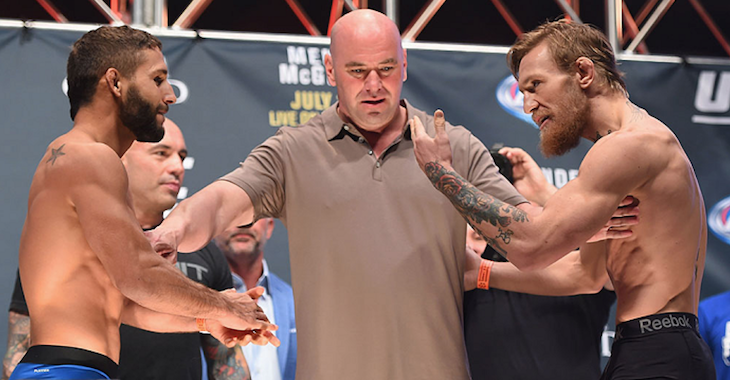 It’s finally here! UFC 189 kicks off tonight. It might not be the fight we all were expecting, but it’s one definitely worth tuning in for.

Irish superstar Conor McGregor will face top ranked UFC featherweight Chad Mendes in the nights main event, which will be for the interim featherweight title.

In the co-main we have the welterweight title on the line when champ Robbie Lawler tires to defend it for the first time against the tough Rory MacDonald. You do not want to miss the action, but if you can’t get to a TV, no worries, we’re going to have all the latest results and updates right here on BJPENN.COM.