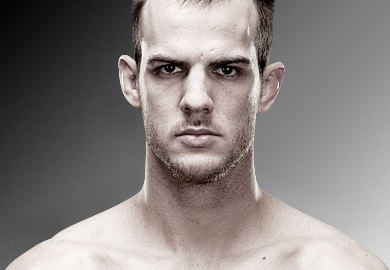 Submission of the Night: Cole Miller
Cole Miller hasn’t won a bonus since his ‘SOTN’ in 2010 at UFC Fight Night 22. We saw Cole Miller return to form tonight as he displayed dominance in every aspect of tonight’s bout. When he was standing with Sam Sicilia, he would keep him at bay with his reach and teeps. After a successful first round in striking, Miller knocked Sicilia down to the ground in the second and chased him, looking for a submission. He attempted to trap Sicilia with a guillotine but he was forced to abandon the hold due to lack of positioning. He adapted to the situation quickly and transitioned to a rear-naked-choke and he found success with that. Sicilia was forced to submit.

Knockout of the Night: Luke Rockhold
Luke Rockhold stated he wouldn’t have been surprised if this fight ended with his body kicks, but that doesn’t make it any less exciting for us to watch. Rockhold utilized level changes to catch his opponent off guard and landed a left body kick while Philippou was pressed against the cage. Philippou literally had nowhere to go but down to his knees as he crumbled to the mat in pain. Referee Herb Dean saw how serious the pain was and called an end to the fight in the first round.

Fight of the Night: Yoel Romero vs. Derek Brunson
These two middleweights swung like heavyweights tonight. Brunson controlled most of the fight in the first and second rounds. Brunson took the crowd by surprise when he was able to take Romero down at will, but it didn’t seem to effect the outcome of the fight that much. Romero dropped Brunson in the third round with repetitive left strikes that ultimately forced Brunson falling to the canvas. Romero dove on him and tried to end the fight, but Brunson defended by turning his face away form the fists. That left his body wide open and Romero capitalized by slamming his elbows into the ribs of Brunson. Eventually, it was one elbow too many and the referee called a stop to the fight.

All bonus winners took him the usual $50k.