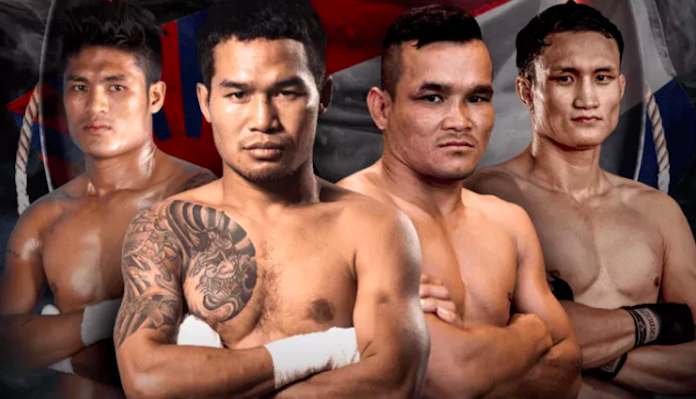 The coming weekend is packed to the edges with high-level combat sports action, as ONE Championship and the UFC both have events scheduled, and Canelo Alvarez is set to take on Daniel Jacobs in the boxing ring. Yet that isn’t where the fun ends. On Saturday night (Sunday morning in North America), World Lethwei Championship (WLC) will return to UFC Fight Pass with one of its best events yet.

This WLC card will emanate from Hpa-An, a mountain town in Myanmar’s Kayin State.

The headlining bout will occur in the featherweight division, where Myanmarese legend Mite Yine will take on Morn Samet.

Elsewhere on the card, we’ll witness appearances from some of Myanmar’s top fighters, many of whom hail from Kayin State. One particularly bright prospect on the card is Naw Phaw Law Eh — nicknamed “Eh Eh.”

Eh Eh trains under the tutelage of ONE Championship featherweight star Phoe Thaw at Team PT and Yangon, and aims to conquer both Lethwei and MMA over the next few years.

Here’s the full lineup for the WLC: Karen Spirit card, which looks like it could produce some high quality action this weekend (h/t Asian Persuasion MMA).