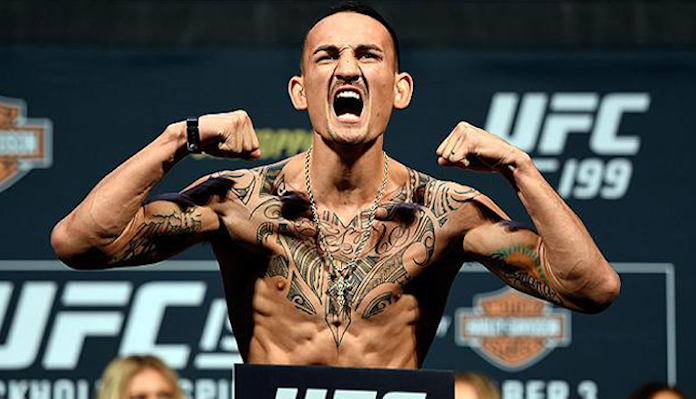 UFC featherweight Max Holloway was chosen as the top performer for the month of January by several fighters, including Michael Chandler.

Holloway had what some say is the single-greatest performance in UFC history earlier this month on Fight Island, when he beat down the durable Calvin Kattar for five rounds, landing a world-record 445 significant strikes along the way. It was an absolutely phenomenal victory by Holloway that will almost assuredly guarantee he fights for the featherweight belt later this year. It’s also the type of big win that had him a near-unanimous winner of the UFC performer of the month crown for January.

The UFC posted a series of three photos on Instagram — one was of Holloway, and the other two were of UFC 257 winners Dustin Poirier and Michael Chandler — and asked who the performer of the month was. Though Poirier and Chandler got some votes, it was a near-unanimous decision win for Holloway, as numerous fans and several notable UFC fighters, including Chandler, praised Holloway’s performance.

UFC lightweight Michael Chandler: “Love being on this list but I have to tip my hat to @BlessedMMA on this one!”

All three of Holloway, Poirier, and Chandler had amazing performances this month. Whether it was Holloway breaking records and styling on Calvin Kattar for 25 minutes, Dustin Poirier shocking the world with an upset knockout win over Conor McGregor, or Michael Chandler KOing Dan Hooker in his Octagon debut, you can’t go wrong picking any of them. But it does feel like Holloway stands out above the pack.

Would you vote for Max Holloway as the top performer of the month for January, or would you give it to Dustin Poirier, Michael Chandler, or someone else instead?