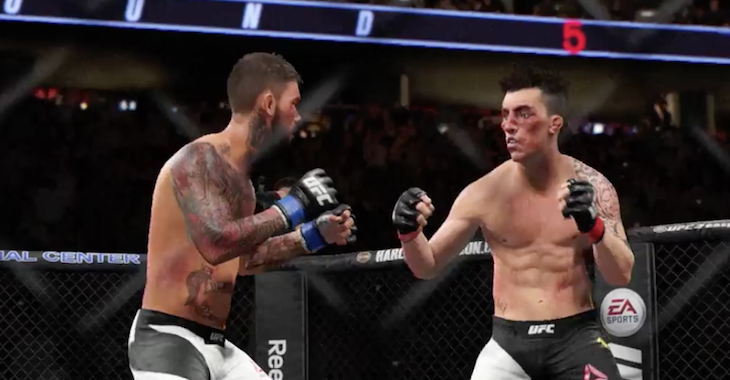 Round one was a back and forth battle. UFC newcomer Adam Milstead land some excellent counter right hands during the opening five minutes. While De La Rocha was able to secure a takedown for some points of his own.

Round two begins and De La Rocha lands a nice combination to start. Chris shoots in for a takedown and presses Milstead against the fence. Adam lands some nice elbows from the top which forces Chris to separate. Milstead lands an excellent combo that has Chris rocked. De La Rocha fires back with punches of his own. Big right hand lands for Milstead. Both fighters are bloodied up. Adam continues to throw bombs. Huge shots from Adam. Unbelievable that De La Rocha is still standing. More shots fro Milstead and the referee decides that he has seen enough and steps in to stop the bout.

Adam Milstead defeats Chris De La Rocha via TKO at 4:01 of round two