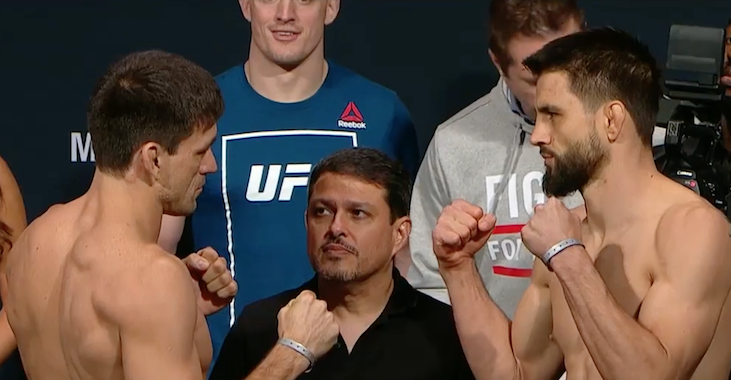 In the evening’s co-main event, former UFC lightweight champion Anthony “Showtime” Pettis will make his featherweight debut when he squares off with Charles Oliveira.

Check out the full UFC on FOX 21 fight card results below:

Demian Maia vs. Carlos Condit – Maia submits Condit via rear-naked choke at 1:52 of round 1
Anthony Pettis vs. Charles Oliveira – Pettis submits Oliveira via guillotine choke at 1:49 of round 3
Paige VanZant vs. Bec Rawlings – VanZant KO’s Rawlings at 0:17 of round two
Joe Lauzon vs. Jim Miller – Miller defeats Lauzon via split-decision (29-28, 28-29, 29-28)