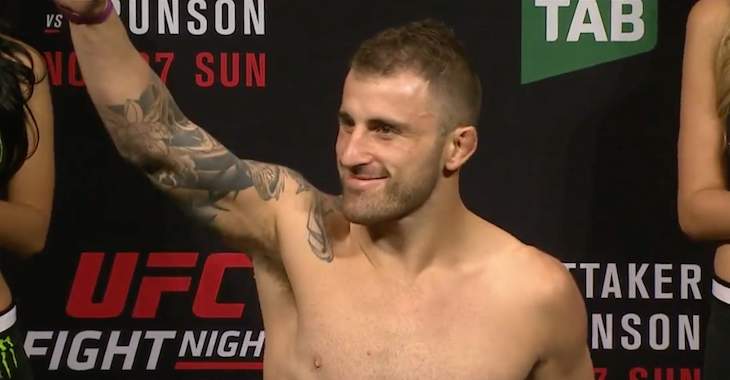 Round one begins and Kasuya lands a straight left to start. Volkanovski with a counter right. Volkanovski misses with a punch and Kasuya ducks under and scores a takedown. Volkanovski is able to scramble back to his feet. Volkanovski then scores a trip from the clinch and tries to grab the guillotine. No luck, but he does lift and gets Kasuya to the floor. Alex postures up and drives in a few punches. Elbows rattle in, as well. Volkanovski lands some decent shots from the top as round one comes to an end.

Round two begins and Volkanovski scores a quick takedown. Kasuya rolls to attack a leg, but Volkanovski escapes it and starts punching. Elbows and forearms from the top now. Kasuya tries again to spin for a leg, but it’s not there. Kasuya is trapped, and Volkanovski just hammers away until the referee steps in to stop it.