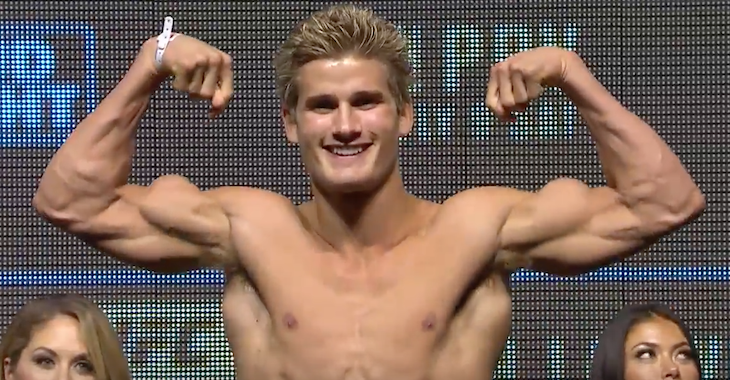 Round one begins and Marin takes the center of the octagon. Nice jab lands for Northcutt. Sage with a high kick and then a left hand. Marin comes forward and lands a right hand. Nice kick from Sage partially lands. He fires off with another combo. Marin ducks under and gets double under hooks. He presses Sage against the fence. Marin with some good knees inside. Marin drops down for a double leg and gets it. Sage quickly sweeps Marin and winds up on top. Sage is working from side control and quickly takes his back. Northcutt sinks in both hooks. Marin rolls and Sage ends up on top in half guard. Nice elbow from Northcutt. Marin is able to stand back up and presses Sage against the cage. Good knee from Northcutt. Sage dives in for a takedown but it is not there. Sage with another attempt and this time he gets Marin to the floor. Nice shots from the top by Sage. He is looking to take the back of Marin. They scramble and Marin winds up on top as round one comes to an end.

Round two begins and Marin comes forward with a pair of jabs. Sage lands a nice left jab. A big combination lands for Sage. He lands a nice jab and then a side kick. Northcutt shoots in for a takedown but it is not there. Another attempt from Sage but Marin winds up in top position after a scramble. Enrique is working from north-south position. He is looking for a kimura submission. Marin switches to an armbar. He is very close to securing this. It is deep. Sage somehow finds his way out of the submission hold and ends up on top in full guard. Two minutes remain in round two. Sage with an elbow from the top. Northcutt with a hammer fist. Marin scrambles and winds up on top and in side control. One minute is left in the round. Marin with another kimura attempt. Sage is in trouble. Marin switches to an armbar. Sage escapes and ends up on top. He lands two nice elbows to close out round two.

Round three begins and both men are willing to trade punches. Sage clinches up and lands a knee. Marin presses Northcutt against the cage. He shoots in a lands a double leg takedown. Sage is trying to wall-walk against the cage. He is able to stand back up but Marin has his back. Enrique presses Sage against the cage and lands a knee. Marin with double under hooks. Sage with some hard elbows from the top. Marin is busted up now. He continues to force Sage against the fence. Sage with some more elbows from the position. Marin lands another takedown. Northcutt gets back to his feet and makes a creative transition to land in top position. Nice shots from the top by Sage. The horn sounds to end the fight.