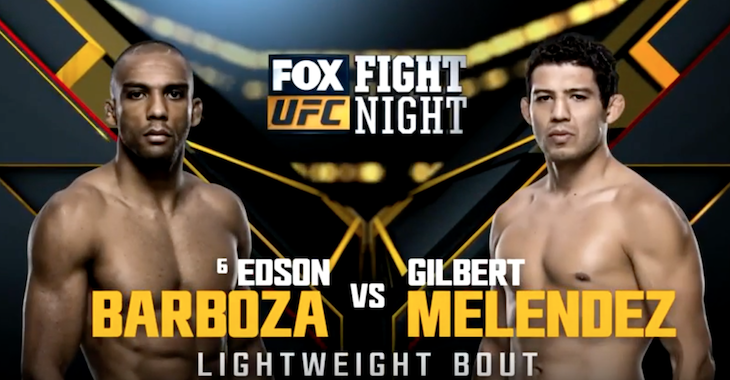 Here is how the pros reacted to Barboza’s win:

Barboza is one big-ass lightweight. #UFCChicago

I would hate to be Gil's leg right now. #UFCChicago

Anybody else would have quit. There's only one @GilbertMelendez

It's a shame Barboza ran for the last two minutes, otherwise it was a great fight. #UFCChicago #UFConFOX

What did you think of Edson Barboza’s performance? Who would you like to see the Brazilian striker fight next? Sound off PENN Nation!