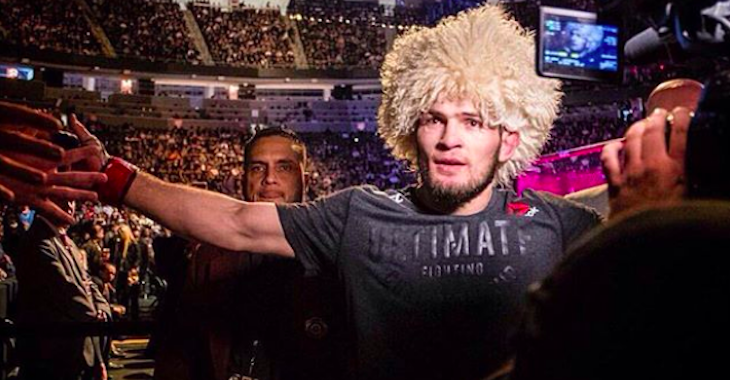 A lightweight title fight between Khabib “The Eagle” Nurmagomedov and “Raging” Al Iaquinta served as the headliner of tonight’s UFC 223 pay-per-view event in Brooklyn, New York.

Al Iaquinta proved to be a very game opponent, but it was still no match for Khabib.

The fight went the distance but Nurmagomedov was awarded a lopsided decision victory from the judges in attendance (50-44, 50-43 x2).

Here is how the MMA community reacted to tonight’s main event:

So… does that mean we have three lightweight @ufc champions now??? 🤔@TeamKhabib @TheNotoriousMMA & @TonyFergusonXT

After he smeshed Barboza, I thought Khabib would kill Conor. Honestly not so sure now. If they fight, both guys will have very clear paths to the W. #UFC223

Terrible. He’s fighting a dude who was getting ready for a 3 rounder

Long Island be proud! He is yours! On 1 days notice this man went 5 round close with one of the worlds greatest. I love Al! #strongisland #serralongo

What did you think of Khabib Nurmagomedov’s title earning performance at UFC 223 in Brooklyn? Sound off PENN Nation!