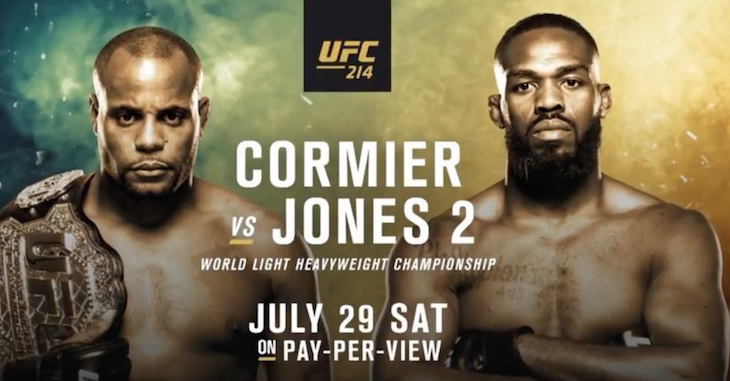 Ahead of the fight, there were speculations as to how the champ’s weight cut was going after he came in 1.2 pounds overweight for his previous fight agains Anthony Johnson, infamously pressing down on the privacy towel to offset his weight in order to make weight without cutting more weight.

Today however, Cormier hit the scales without issue:

Jones then hit the scale shortly after for his first weigh-in in over a year:

Both guys weighed in! Jones weighed in at 204.5 and Cormier at 205. Cormier vs Jones TOMORROW LIVE on PPV!!! pic.twitter.com/cpFXaMFwjy

Tune in tomorrow night to see the action.