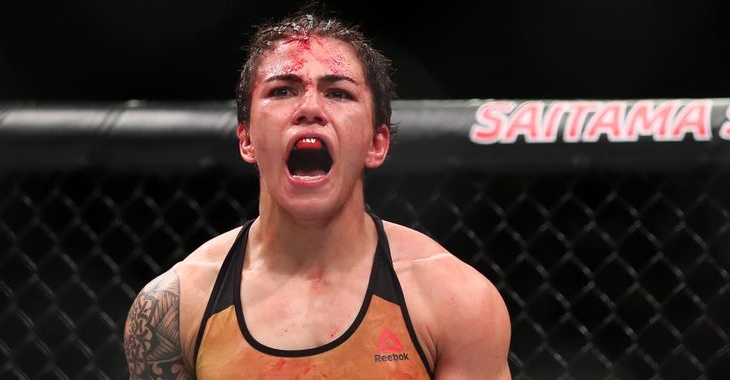 The second month of 2018 might be lacking some star power when it comes to fights, but it is more than loaded with plenty of great matchups which made this a very hard top 5 to rank. There’s one big title fight surrounded by several top contender bouts, a tournament fight, UFC debuts, and great prospect showdowns. There’s a little bit of everything this month for MMA fans. Let’s take a look.

The lightweight division is as good as it’s ever been and this fight will be another shining example as to why. Texas’ own James Vick is one of the brightest prospects in any division and his next opponent, Francisco Trinaldo is one of the savviest veterans he could face. At age 39, Trinaldo has still proven to be one of the best among the 155ers as he’s gone 8-1 in his last nine outings with that loss coming to top contender, Kevin Lee.

Vick, on the other hand, has only lost once in his thirteen fight career. Since that loss, he’s looked absolutely sensational earning wins over Joe Duffy, Polo Reyes and Abel Trujillo(all by finish).

Pairing the two fighters together will create a very interesting dynamic. Trinaldo is the short and stalky powerhouse whereas Vick in the long and lengthy technical striker. Just to give you exact measurements, Vick stands at 6’3″ with a 76″ reach to Trinaldo’s 5’9″ and 70″ reach… So it will definitely be interesting to see how Trinaldo plans to get around these disadvantages.

Very few fighters today enjoy being in and are as dangerous in the bottom of a guard position as “Killa B” Ben Saunders. He has the ability to wrap opponents up like a Christmas present when taking them down which generally leads to him whipping up a rubber guard followed by some elbows while searching for an omaplata(a submission he has actually pulled off in the UFC before). On the feet, he can be pretty lethal as well. Due to Saunders height for 170 lbs, his knee strikes in the clinch are particularly deadly.

Who says you can’t fight and model? Not Alan Jouban! For also being a model as well as a professional fight, Alan Jouban has a much more entertaining and wild style than one might expect. Every one of his fights turns out fun and one that puts you on the edge of your seat. He’s always looking for the finish and isn’t afraid to potentially get finished while looking for one of his own. As the old saying goes…looks can be deceiving.

Both fighters are coming off rather rough losses so if they don’t give it their all in this awesome stylistic matchup, it would serve as quite the surprise. Jouban…as most do will surely avoid the ground with Saunders at all costs which is what will make this fight fun because although Saunders is great in that area, he’ll trade shots on the feet before sneaking in a trip or takedown attempt. 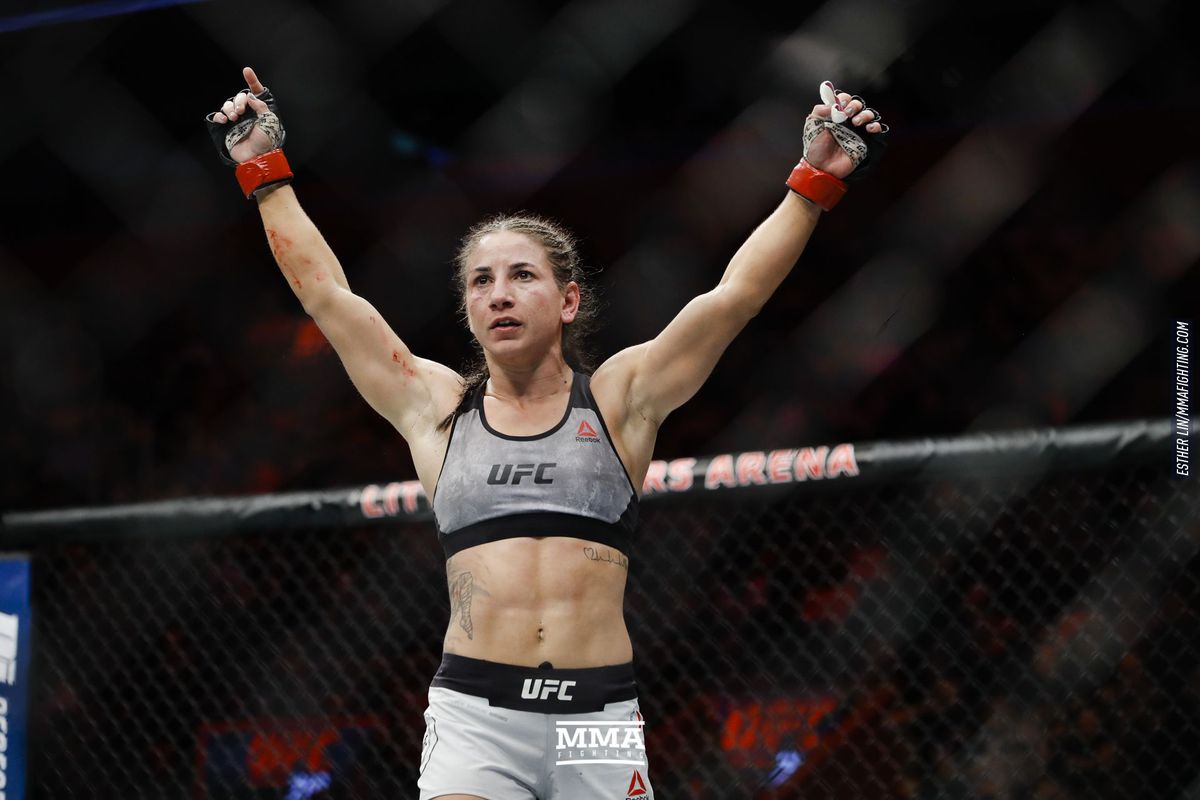 The “Tiny Tornado” couldn’t be a more fitting nickname for someone like Tecia Torres. The perennial top 10 UFC strawweight is closer to a title shot than she’s ever been and a win this month would certainly provide it. There were actually some rumblings that she might be next for the new champion, Rose Namajunas instead of Joanna Jedrzejczyk getting her immediate rematch. Those rumors obviously turned out to be false…but people weren’t super shocked by the potential fight. Torres’ only loss happens to be against the champion, Rose who she has also defeated once before.

The Ultimate Fighter season 20 alum, Torres’ opponent will be none other than the frightening former bantamweight, Jessica Andrade. Since dropping down to 115 lbs, Andrade has gone 4-1 with her only loss coming to the former champion, Joanna and her most recent win coming over the perennial number two ranked strawweight, Claudia Gadelha(who previously had only lost to Joanna as well).

Despite being a former 135er, Andrade doesn’t have a huge height advantage over Torres like someone who didn’t know who the fighters are would assume when knowing that. Andrade is actually only an inch taller than Torres who stands at 5’1″.

Stylistically, this fight is very interesting and very well could be the main event of Fox 28 because of where each is ranked(Andrade #2, Torres #5). Torres is primarily a striker and a damn good one. She’s very technical and quick, every move she makes is precise and calculated. Andrade, however, is more of a bulldozer who utilizes brute force to take out her opposition. To do that against Torres though, she will need to catch her. Expect the fight to look a lot like John Dodson vs John Lineker did…but with the exceptions that Torres has a much more varied striking arsenal with her kicks than Dodson and Andrade has much more powerful grappling than Lineker. It should be a fun one. Former Strikeforce and UFC Middleweight champion, Luke Rockhold was initially scheduled to be challenging for Robert Whittaker’s undisputed title at UFC 221, but unfortunately, the champ was forced out with a bad staph infection. So in steps Yoel Romero to fight for his second Interim title in a row. How often does that happen?

Romero’s last time out came against the champion, Whittaker which was the fight to decide who would be the Interim 185 lb champ. The winner(Whittaker) was expected to go on to fight the undisputed champion at the time, Michael Bisping. But I think we all know how that turned out.

Now we’re here! Another interim title fight between two of the absolute best fighters in the world today across all divisions. Each fighter has a tremendous skill set in every area of fighting. Each does have things they are most known for though, as most fighters do. Rockhold has his fantastic kicking game(specifically his body kicks) and Romero has his Olympic caliber wrestling and ability to explode when one least expects it.

Now that’s not to say that Rockhold isn’t a great wrestler himself…he is. It’s just that Romero is a different kind of animal, but again despite that…Rockhold has phenomenal submission grappling and some of in not the most dangerous top control game in MMA. It wouldn’t be surprising to see him wind up on top at some point which will make things very intriguing.

Really, this fight is one of those that just cannot be bad. Each fighter is just too good and they each want to be the very best so badly. You won’t want to miss it. 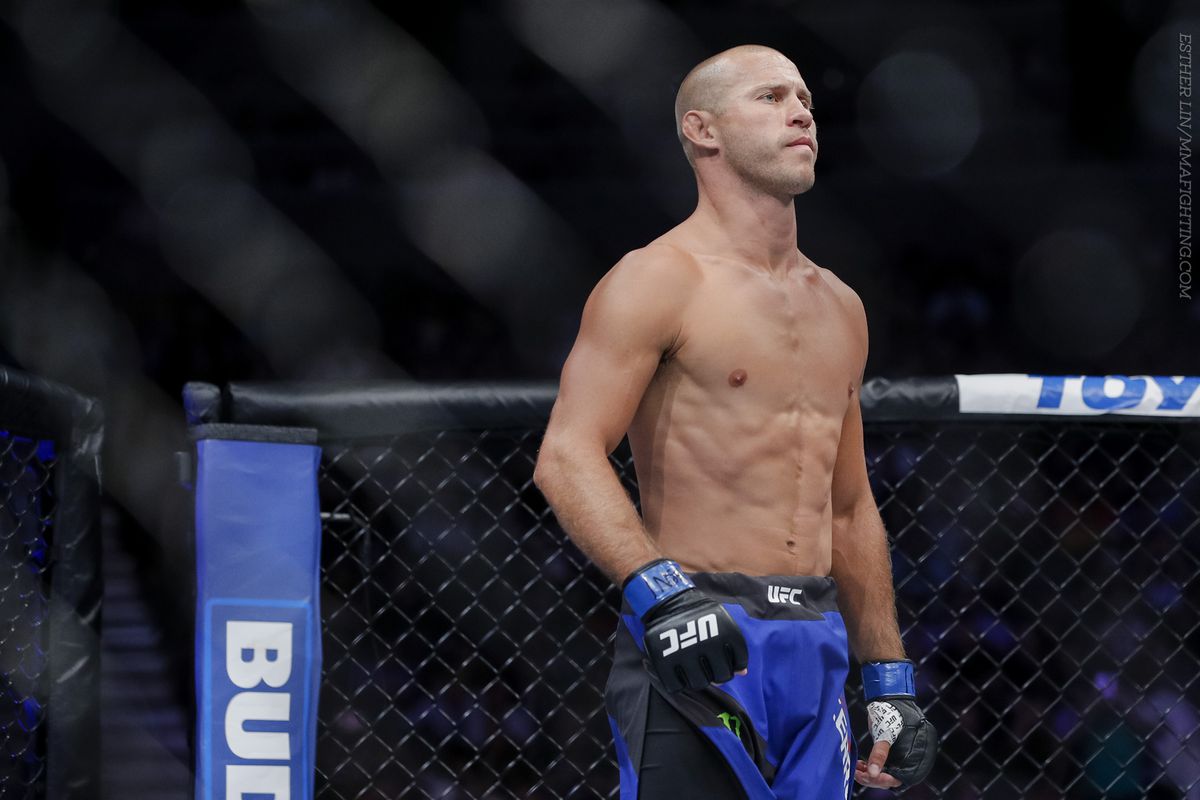 Donald “Cowboy” Cerrone is currently experiencing something that has been completely foreign to him throughout his MMA career: a losing streak. Prior to 2017, Cerrone had never lost two fights back to back in his illustrious forty fight career. Now, he currently finds himself on a nasty three-fight losing streak. And if there’s anyone who dislikes that as much as Cowboy, we have yet to hear about them.

His next opponent, Yancy Medeiros couldn’t be a better choice for his next rodeo. Medeiros, who we last saw competing in one of the craziest fights of 2017 when he took on the Brazilian “Cowboy”, Alex Oliveira at UFC 218 and slugged it out and scrambled about over the course of three rounds, knocking each other down several times. Oliveira eventually crumbled and couldn’t take any more damage from the Hawaiian. Medeiros extended his winning streak to three(two knockouts, one submission).

This fight is perfect matchmaking for fans. It has all the elements to be awesome. Cowboy seeking redemption and Medeiros looking to continue making statements. Inside the cage, there might not be any tougher than Yancy Medeiros. The amount of punishment that the man can absorb without going unconscious is truly mind-boggling and a testament to his warrior spirit. And if there is anyone who is willing to test that…it’s Donald Cerrone. Especially with the current string of losses he’s had to go through.

It’s safe to expect an all-out MMA extravaganza of action when these two meet on the 18th.