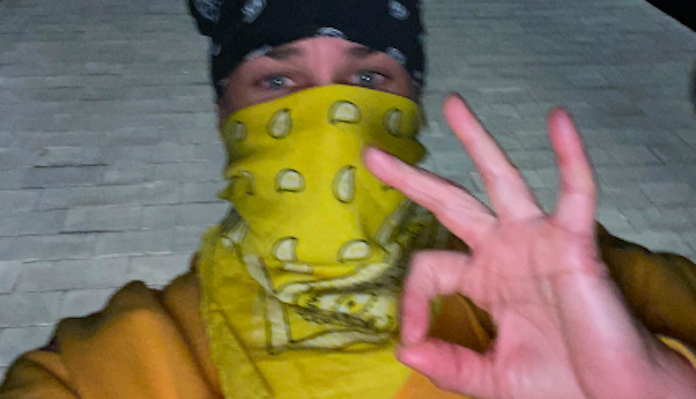 MMA veteran Tara LaRosa, who has previously competed in Invicta FC and on The Ultimate Fighter, marched with Proud Boys in Washington, DC over the weekend.

The Proud Boys, a loosely organized far right extremist group, took to the streets of DC over the weekend in support of President Donald Trump and his specious claims of widespread voter fraud. Things quickly turned violent, as the group began to clash with counter-protesters, with the Washington Post reporting that multiple arrests were made and one person was stabbed.

LaRosa, an outspoken Trump supporter, was among their numbers. The MMA veteran posted several photos of her time amongst the Proud Boys on social media, including several where she flashed a hand signal that is widely associated with white supremacy.

Karim Zidan of Bloody Elbow has the details.

MMA fighter Tara LaRosa was with the Proud Boys last night as they caused havoc in DC.

Last week, she tweeted that a “civil war was coming” in the US. https://t.co/188GAbsWvs

Here is a picture of Tara LaRosa last night in DC wearing a Proud Boys sweater and flashing the OK hand sign — a known hate symbol used by some to denote white supremacy pic.twitter.com/K5zQi2mb6G

Her last fight occurred in 2015, when she picked up a decision win over Katie Howard to bounce back from a string of losses to Roxanne Modafferi, Rin Nakai and Vanessa Porto. Other highlights of her resume include triumphs over Modafferi, Julie Kedzie, Shayna Baszler, and Alexis Davis.

What do you make of LaRosa associating with the Proud Boys?