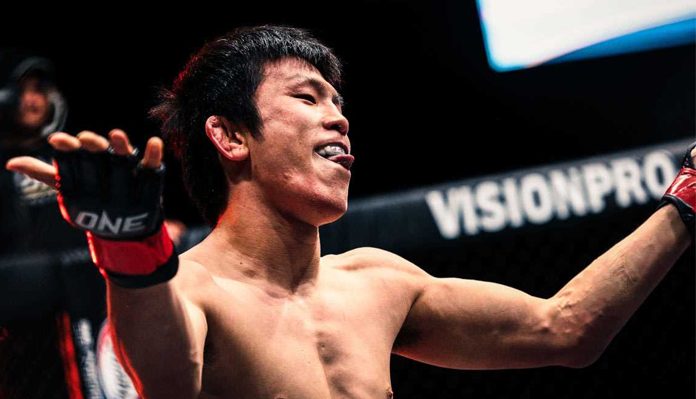 There isn’t much rest for iconic Japanese superstar and newly-crowned ONE Lightweight World Champion Shinya Aoki after his historic victory at ONE: A New Era back in March.

Aoki already has his next opponent, and it’s none other than hard-charging Singaporean rising star and former ONE featherweight title challenger Christian Lee.

The Aoki versus Lee championship main event will be headlining the stacked ONE: Enter the Dragon card that will be held at Singapore Indoor Stadium on Friday, 17 May.

Aoki has become the face of Japanese mixed martial arts and the legend only added to his status with his most recent performance at ONE: A New Era in Tokyo back in March 31st. Aoki put on a grappling masterclass in a dominant first-round submission win over Filipino talent Eduard Folayang to become a two-time ONE Lightweight World Champion.

Shinya Aoki had previously dropped that very same title to Folayang via TKO in Singapore back in 2016.

Fresh off of that epic win, Aoki will not be taking too much time off, as the new champion will be putting his title back on the line just less than two months after regaining it.

Fortunately for Aoki, he needed just less than three minutes to put Folayang away, and the submission specialist will be looking to make quick work of his first title challenger as well.

It won’t be an easy out for Shinya Aoki however, since Lee has been on fire as of late.

“The Warrior” is riding a two-bout winning streak, with the latest being a dominant beatdown of  of top Filipino featherweight Edward Kelly back in January. The one-sided victory has earned him a shot at the title, albeit in a different weight division, and that’s an opportunity that he is looking to take advantage of.

One question heading into the massive title bout is if Lee will be affected in any way by his sister Angela Lee’s devastating TKO loss to Xiong Jing Nan back at ONE: A New Era. 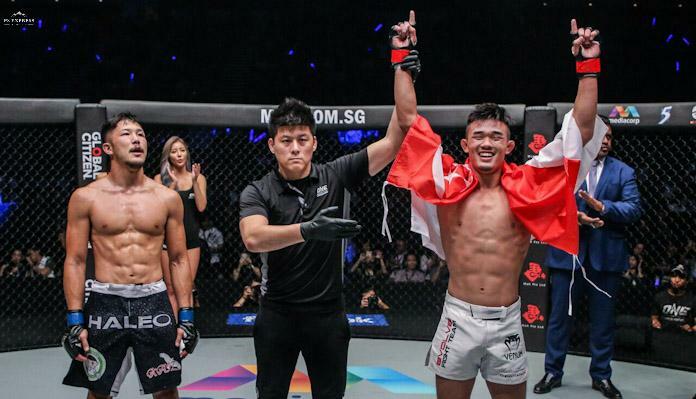 Another significant aspect of this matchup is the massive gap in age and experience.

The champion is 35 years old, while the challenger is just 20 years old. The whopping 15-year age gap is the largest in the history of a ONE Championship title bout.

Shinya Aoki may be up there in age, and he’s always done a good job limiting the amount of damage he takes in a bout, but a 15-year difference is quite significant. Aoki naturally has far more experience as well. His 52 professional bouts is a far cry from Lee’s 14.

The experience is a definite advantage for Aoki, but is the age an edge for Lee?

Because of the way he competes and takes care of himself, there is no reason to think Aoki is no longer at or near peak level. He certainly looked to be in tremendous shape against Folayang back in March.

Perhaps the biggest question of all is can Lee’s improving ground game stand up to Aoki’s submission wizardry? Lee will almost certainly want to keep the bout standing where he should have an edge in quickness.

Lee is good enough on the feet to keep opponents honest, but most of all, he likes to go to the ground where he can control his foes and pound on them.

That is no doubt a high-risk game plan to have against a grappler as lethal as Shinya Aoki, so it’ll be interesting to see if there are any alterations on Christian Lee’s side.