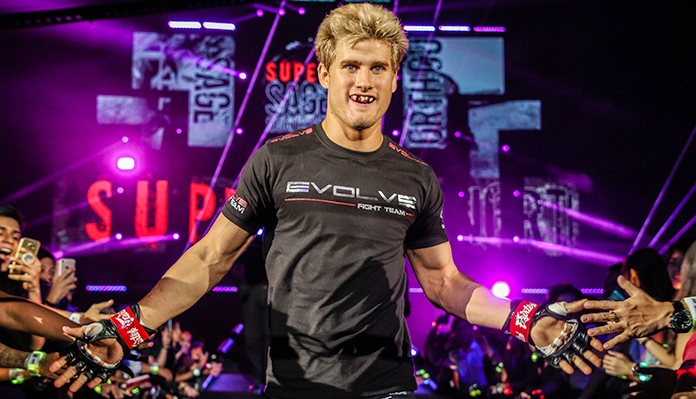 ONE Championship’s Sage Northcutt is finally slated to return to action. The former UFC star will take on Japanese MMA legend Shinya Aoki at ONE on TNT 4 on April 28.

News of this matchup, which will occur in ONE’s 170-pound lightweight division, was given to ESPN by ONE officials. The promotion has since confirmed the fight on social media.

🚨 BREAKING NEWS 🚨
Sage Northcutt is BACK to face the legendary Shinya Aoki on 28 April at ONE on TNT IV! @sagenorthcutt @a_ok_i #ONEonTNT #WeAreONE #ONEChampionship pic.twitter.com/1fFBlBSoKf

Northcutt (11-3) is one of several high-profile stars ONE has signed over the last year. Regrettably for the American striker and his fans, his May, 2019 debut with the promotion ended in his disaster, as he was brutally knocked out by decorated kickboxer Cosmo Alexandre inside a round.  That loss left him with a number of facial injuries that required surgery and a prolonged period of recovery. The good news is that Northcutt is finally fighting fit, and ready to get back to his chosen trade.

In Aoki (46-9), Northcutt will meet a two-time former ONE lightweight champion and one of the most accomplished Japanese fighters of all time. At present Aoki is on a three-fight win-streak. His latest win occurred in January, when he spoiled the lightweight debut of former ONE welterweight title challenger James Nakashima with a first-round rear-naked choke. Widely regarded as one of the best jiu jitsu players in MMA history, Aoki has finished a whopping 30 of his 46 pro victories by submission.

Prior to losing to Alexandre in his ONE debut, Northcutt was riding a trio of wins over Michel Quiñones, Thibault Goti and Zak Ottow—a pair of unanimous decisions and a knockout respectively.

The remaining bouts for the ONE on TNT 4 card will be announced soon. The card is expected to emanate from ONE Championship’s home base of Singapore.

Who do you think will come out on top in this newly announced fight between Shinya Aoki and Sage Northcutt? Let us know who you’re picking in the comments section.